Home » Articles, News, and Updates » The ‘Artificial Leaf’ Powering Ahead.

The ‘Artificial Leaf’ Powering Ahead. 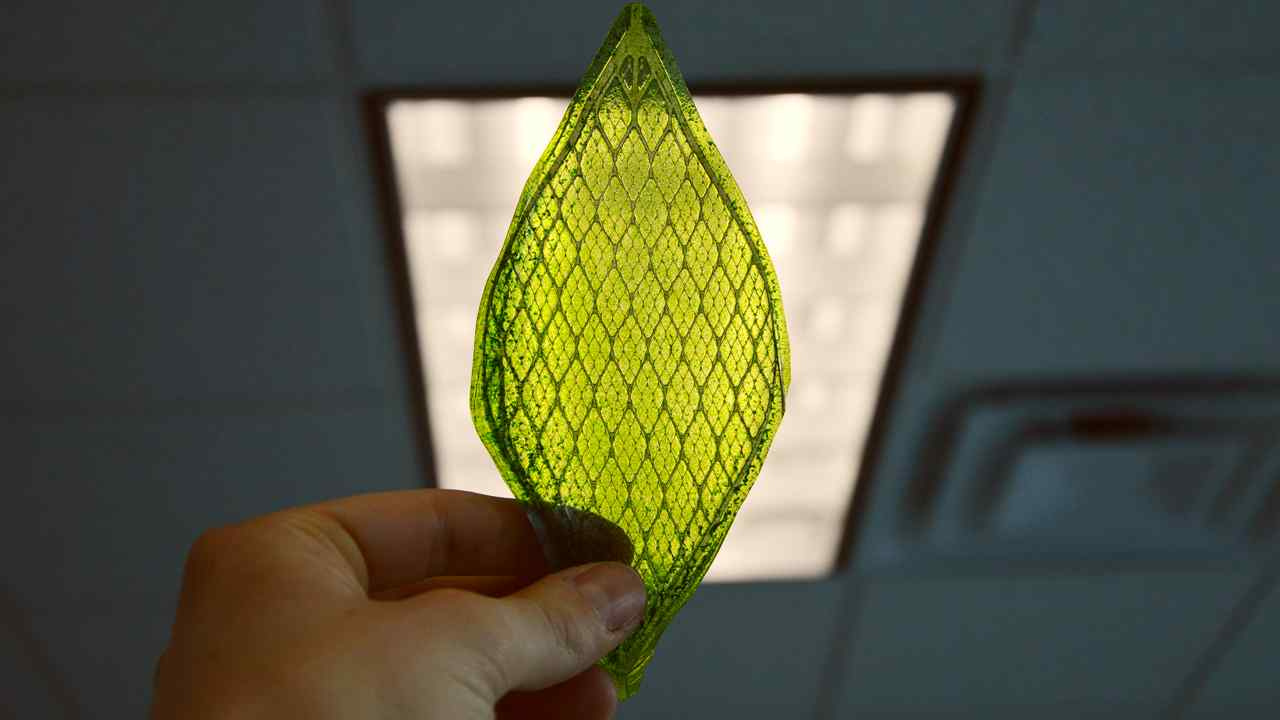 The burning of fossil fuels pollutes our air and water, degrades our landscapes and soils, and contributes to global warming. Replacing fossil fuels with renewable energy sources is one of the greatest tasks we face.

Of the many fields of research into renewable energy currently (no pun intended) being pursued, one of the most fascinating is that of artificial photosynthesis.

Research has been going on for years, all around the world, and Australian researchers at Sydney University and Newcastle University have been at the forefront. But why the international interest in this particular field? The ‘artificial leaf,’ a device that can harness sunlight to split water into hydrogen and oxygen without needing any external connections, is seen with some real leaves, which also convert the energy of sunlight directly into storable chemical form. Photo: Dominick Reuter

What hasn’t been generally appreciated, is that the chemical reactions that take place inside plants hold the promise of being able replicate photosynthesis to break down water into it’s constituent gasses, oxygen, and hydrogen to be used as hydrogen fuel. The task has been to produce an ‘artificial leaf’.

Now, researchers led by Massachusetts Institute of Technology (MIT) Professor Daniel Nocera, have announced that they have developed an “artificial leaf”. “Like living leaves, the device can turn the energy of sunlight directly into a chemical fuel that can be stored and used later as an energy source.”, says MIT.

“The device, Nocera explains, is made entirely of earth-abundant, inexpensive materials — mostly silicon, cobalt and nickel — and works in ordinary water. Other attempts to produce devices that could use sunlight to split water have relied on corrosive solutions or on relatively rare and expensive materials such as platinum.

An ‘artificial leaf’ made by Daniel Nocera and his team, using a silicon solar cell with novel catalyst materials bonded to its two sides, is shown in a container of water with light (simulating sunlight) shining on it. The light generates a flow of electricity that causes the water molecules, with the help of the catalysts, to split into oxygen and hydrogen, which bubble up from the two surfaces. Video courtesy of the Nocera Lab/Sun Catalytix.

The artificial leaf is a thin sheet of semiconducting silicon — the material most solar cells are made of — which turns the energy of sunlight into a flow of wireless electricity within the sheet. Bound onto the silicon is a layer of a cobalt-based catalyst, which releases oxygen, a material whose potential for generating fuel from sunlight was discovered by Nocera and his co-authors in 2008. The other side of the silicon sheet is coated with a layer of a nickel-molybdenum-zinc alloy, which releases hydrogen from the water molecules.”

The efficiency of the wireless version of the ‘artificial leaf’ means that it coverts only 2.5% of the sunlight into energy. A wired version operates at 4.7%. With current monocrystalline solar panels on the market operating at 14-20% efficiency, there’s a long way to go to reach commercialistion.  No doubt, further breakthroughs and advances will be made in the field. The future of renewable energy, thanks to the ‘artificial leaf’,  may be Green in more ways than one!