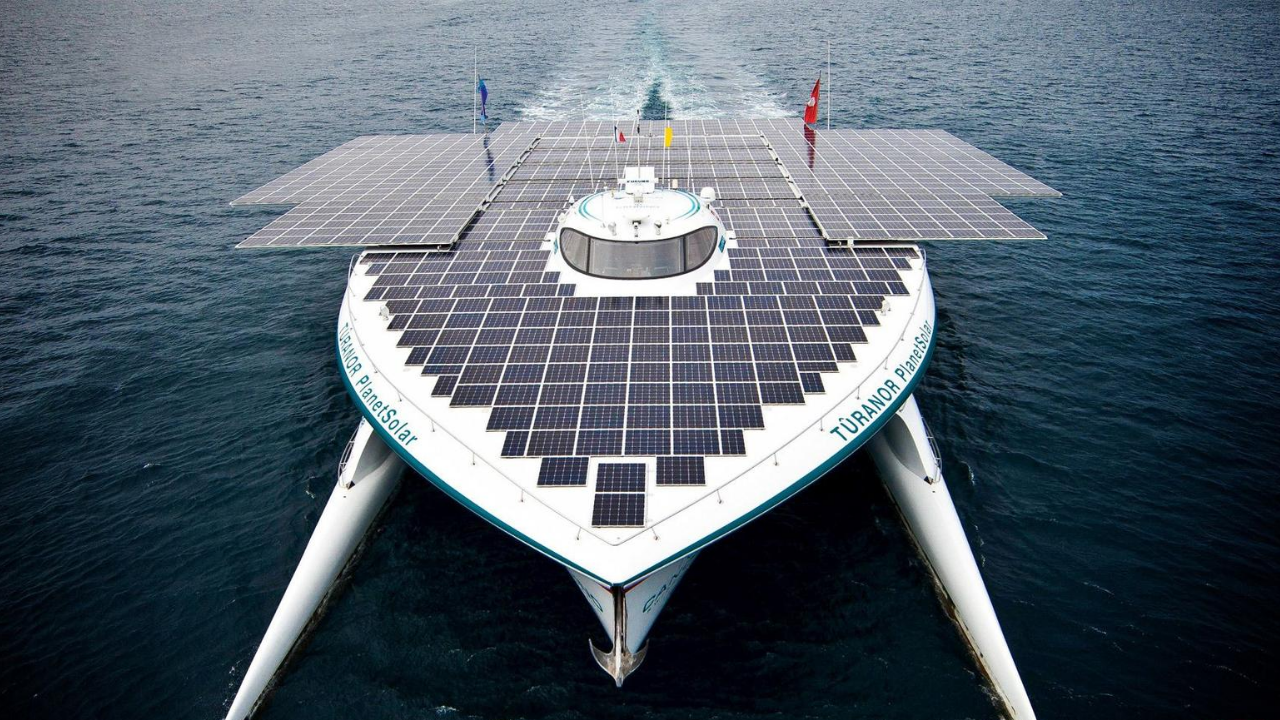 The first, historic, around-the-world voyage by a solar-powered shiphas just been completed in Monaco by MS Turanor PlanetSolar.

The sleek, 31 metre-long, 95-tonne catamaran is made of carbon-fibre, and is powered by 530 square metres of SunPower solar panelspartnered with 10 tonnes of lithium batteries. She is the largest solar-powered ship in the world, with a crew of 4, and capable of carrying 40 passengers. Solar-powered PlanetSolar in Tahiti during her round the world cruise.

Named Tûranor PlanetSolar, which means “power of the sun” in J.R.R Tolkien mythology, this futuristic, clean and quiet vessel was launched in March 2010 in Kiel, Germany, after 14 months of construction.

I Missed The (Solar) Boat!

I was almost lucky enough to get on board PlanetSolar last year. As one of the largest SunPower Dealers in Australia at the time, I was on holidys in Townsville, around the same time PlanetSolar was visiting there. Unfortunately, due to scheduling problems, I ‘missed the boat’, in both meanings of the word.

Apart from her visit to Australia, there’s another ‘Down Under’ connection for PlanetSolar- she was designed by Kiwi Craig Loomes. Learn more about PlanetSolar here…

It’s estimated by Gregory Offer, of Imperial College London and quoted in New Scientist, that the world’s 15 largest ships emit as much sulphur dioxide as all 760 million cars in the world. Shipping’s huge consumption of fossil fuels, coupled with the pollution and CO2 emissions they produce, provides an opportunity for more efficient, more enviro friendly propulsion systems to emerge.

PlanetSolar’s journey may be  catalyst for further advances in using solar power for shipping. This will be helped by ongoing reductions in the price of solar panels, and increases in their efficiency. PlanetSolar’s solar panels convert 18.8% of the sunlight falling on them to electricity. By the time she ‘set sail’, the efficiency of the same brand of panel had increased to 20%- an improvement of over 6% in one year.  Solar-powered ships– it’s an exciting prospect.