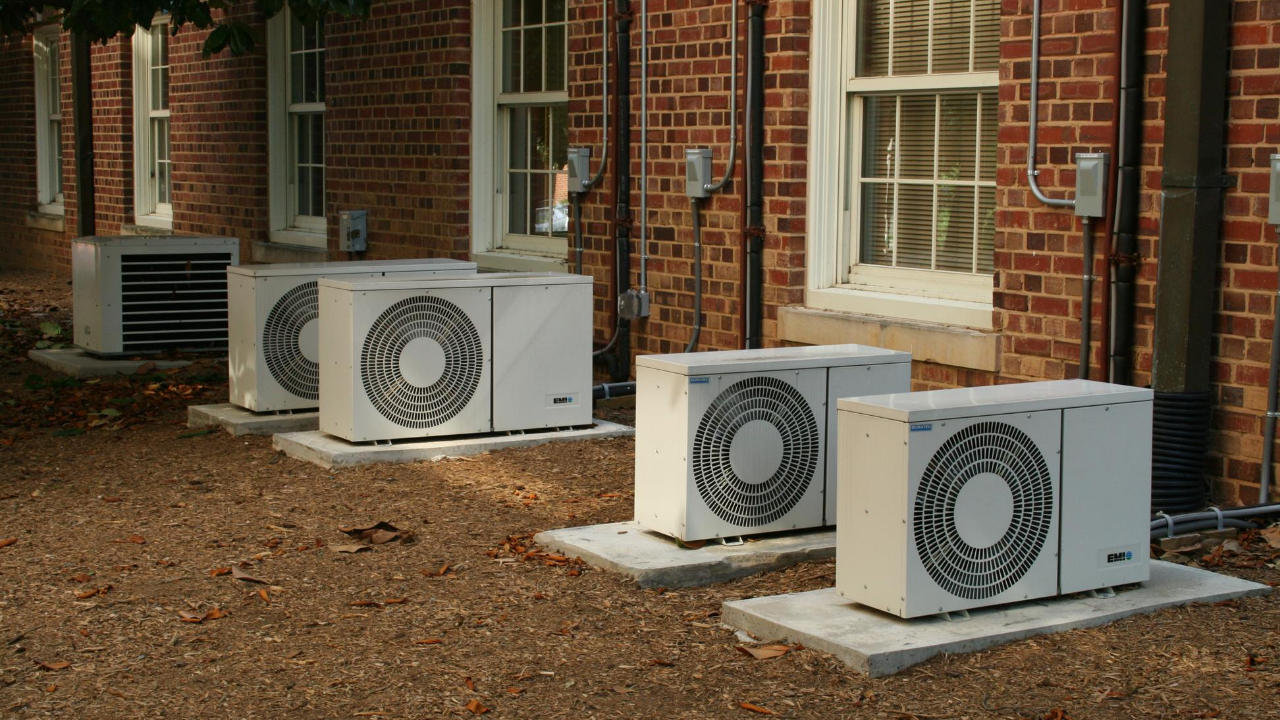 I get heartily fed up with the dishonesty of power company spokespeople, conservative politicians and Rupert’s Media, all peddling the line that increases in electricity prices are all down to renewables subsidies, and the (yet-to-be) carbon ‘tax’. The truth is that these items have a small impact on the price increases for electricity. The majority of the increases are to cover replacing old, and building new infrastructure. Somehow, in their zeal to bag renewables and any attempts to cut CO2 emissions, they manage to miss a startling fact.  That is that, according to the Government’s Draft Energy White Paper ‘Strengthening The Foundations For Australia’s Energy Future,

For every new 2kW reverse-cycle (inverter) air conditioner installed, another $6000 worth of power infrastructure has to be built.

Yes, for every $ 800 air conditionersomeone buys, the community cops funding $ 6000 worth of infrastructure. Looking at the volume of new air conditioners going out the front doors of retailers like Gerry Harvey, we can see where one of the REAL problems contributing to increased electricity prices lies. Yes, this is the same Gerry Harvey, reported in the Australian newspaper on April 25th., 2011, offering this opinion…

“AUSTRALIAN retail mogul Gerry Harvey has waded into the carbon tax debate, slamming the proposed policy as a direct threat to the competitiveness of local industry…”  Pity Gerry doesn’t see that the air conditioners he is selling are a major contributor to any “threat to the competitiveness of local industry” caused by rising electricity prices. For every $200 Harvey Norman makes from the sale of an air conditioner, the community pays $6000 for new infrastructure. Gerry seems pretty smart in some areas, but obviously has a blind spot here.

Between 2006 and 2011, I was involved in promoting, in appropriate low-humidity areas, the use of evaporative cooling instead of refrigerative air conditioning. In those areas, evaporative cooling uses about 80% less electricity to cool a home than air conditioning. That’s an 80% lower electricity cost for the householder, and 80% less carbon emissions to the environment. However, the two large drawbacks of air conditioner use detailed above aren’t, in fairness, the whole story.

When There IS a Case For Installing Air Conditioners.

At this point, I’d like to introduce you to our Guest Blogger, Matthew Wright. Matthew is the Executive Director of Beyond Zero Emissions.

In an excellent article, Matthew makes the case for a major push to replace old air conditioners. Enjoy it.

According to energy minister Martin Ferguson, our electricity infrastructure will undergo a $42 billion upgrade over the current five-year regulatory period.

At around $6000 per household, these grid upgrades are the biggest contributor to recent and forthcoming electricity price rises.

Much of that is chasing our tail, upsizing the grid to meet ever growing peak air conditioning demand.  Rather than building new poles and wires at such huge cost to electricity consumers, reducing electricity demand is one of the solutions.

This figure doubled by 2011 – we now have approximately eight million air conditioning units throughout Australia.

Co-efficient of Performance (COP) figures are used to determine how energy efficient a heating or cooling system is.  COP is a measure of the energy multiplier that is achieved by concentrating and moving (or removing) ambient heat through the refrigeration cycle. Refrigeration, derived from the compression and expansion of gases, is what drives reverse cycle air conditioning heat pumps. With this system, the heat energy harvested (or removed) is a multiple of the electricity used.

The most common units installed in homes are split systems.

Modern split system air conditioners can achieve cooling COP figures of up to 5.1 for a 2kW unit and 4.1 for a 4kW unit.  Older air conditioners are estimated to have an average COP of at best 2.0, a highly inefficient rating. This means they use twice the electricity for the same cooling capability as new modern high efficiency units that are available from a number of leading manufacturers.

Since about half the nation’s air conditioners were installed prior to 2000, equating to around 16,000MW of peak output capacity (according to data from the Department of Sustainability & Environment), there is a significant untapped energy efficiency and financial saving to be made. At COP 2.0 that 16,000MW is using 8,000MW of grid capacity.

Reducing Peak Demand is critical if we want to reduce the need for new electrical infrastructure.

Just as incentives have been used to replace old, water-wasting shower heads with newer, water saving shower heads, a rebate for the replacement of old and inefficient air conditioners would help reduce Mr Ferguson’s $42 billion figure.

During extreme peak network events, transmission losses rise from their average (9 per cent in NSW, 7 per cent Victoria etc) to around 20 per cent. So for every 1,600MW of COP 4.0+ rated replacement air conditioning units, 1,000MW of generation and most importantly distribution is avoided.

Basically, if we were to replace all of those old inefficient units with new ones with at least double the COP factor, we could lower peak network demand by up to 4,000MW.

According to the federal government’s Draft Energy White Paper, a new 2kW (electrical input) reverse‐cycle air conditioner imposes costs on the energy system as a whole of $7000 when adding to peak demand.

Under the proposed efficiency scenario, for every two old air conditioners retired, an equivalent $7,000 would be saved, because 2kW of demand would be removed from the peak demand profile.

The average cost of a high quality 2kW to 4kW split unit is around $1,200 and for about $4.8 billion we could replace the old machines to avoid billions more in network upgrade costs.

By issuing an energy efficiency certificate for each unit replaced, effectively providing a 50 per cent discount off the cost of a new unit, the bill-paying public will be saving $2900 in network costs, plus the flow-on generation cost savings, merit order savings, and the resultant energy bill savings for the new air-conditioner owner, who is paying for less electricity.

Even if 100 per cent of the cost of new air conditioners was subsidised, this would still save consumers around $2,300 for every air conditioner installed.

Of course any unit that was replaced would need to have its refrigerant gases (which are powerful greenhouse gases) captured to ensure they didn’t further add to global warming. In the future we could look at retiring air conditioners from 2000-2006, raising the minimum COP rating to 4.5, getting further efficiency savings.

Promotion of further energy efficiency measures, such as double glazing, awnings and insulation, would further help ease the burden on our national electrical grid, as well as ultimately our hip pockets.

A replacement program for old, inefficient air conditioners will mean householders end-up with lower bills and new and better air-conditioners, while carbon emissions could be markedly reduced. The only loser will be the energy companies. Perhaps that’s why they would prefer to distract us by pointing at the cost of support for solar PV (which competes against their own generators and lowers wholesale electricity prices), rather than inefficient air conditioners.

Matthew Wright is executive director of Beyond Zero Emissions.

Beyond Zero Emissions will be releasing the Zero Carbon Australia buildings plan in September. Heat pumps (reverse cycle air conditioners) will play a large part in its recommendations.